Lori, Lori, Lori, you're forgetting the woman that Lance beat up last year to the point that she had to spend five days in the hospital. I can tell you right now that Kathie's $20 wouldn't buy my silence...

Or maybe the question we should be asking is why the district attorney dismissed three separate counts of domestic violence against Lance--that occurred with three different women and years apart--on the same day--one was dismissed seven years after the charge and the other two were dismissed two years after the charges. Why clean up his record of domestic violence charges? Why dismiss the open container charge against him when he wrecked his truck? Why cover up his history of violence, alcohol, and drugs and then say that you're fighting against child abuse? Abuse is abuse.

Briggs, 29, was arrested on June 28 after showing up at the home of his ex-girlfriend, Marie Larson.

The police report shows he pulled her by her hair through the front door and also pushed Larson's friend, Jackie Wood.

Police arrived at the scene and found Briggs in his pickup truck with the keys in the ignition.

The police report shows that Briggs had an odor of alcohol on him, as well as slurred speech and red, watery eyes.

He was arrested on the scene for domestic violence and APC.

Briggs will face two counts of assault and battery and one count of APC.

Briggs is the father of Kelsey Smith-Briggs, the 2-year-old Meeker toddler who died of alleged child abuse.

Web-Posted Aug. 03, 2007 03:59: PM
Briggs arrested on complaint of domestic abuse
By Kim Morava
SNS Reporter
Raymond Lance Briggs, the man Oklahomans know as the father of a slain Meeker toddler, was arrested Wednesday night on an unrelated domestic abuse complaint following a series of events at a Shawnee home.

Shawnee police responded to a fight in progress Wednesday night at a home on East Drummond Street.

Reports of prior domestic problems apparently escalated at the home of Briggs' former girlfriend. The 24-year-old woman told police she and a friend were sitting on the couch when Briggs, 29, came over and dragged her out of the house by her hair, said Shawnee Interim Chief Wayne Crall. The incident reportedly occurred after she answered the door. During the altercation, the front door was busted and front windows broken out, the report said.

The woman alleges she and Briggs parted two months ago and that he had been stalking her, the report said. She reportedly has bruising from Wednesday's incident and her female friend also was reportedly shoved into broken glass when she tried to help, Crall said. 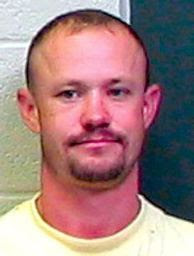 A police report shows that Briggs and his friend, Randy Flick, 36, told authorities that they had been assaulted by the two females at the residence. Briggs reported he was assaulted while sitting in his vehicle by being struck on the side of head.

Police found Briggs sitting in his pickup with the keys in the ignition. The report shows he had an odor of alcoholic beverage on his person, along with red, watery eyes and slurred speech. He was arrested at the scene on complaints of domestic violence and APC -- being in actual physical control of a vehicle while under the influence of intoxicants.

The report shows that Briggs told officers that he put the keys in the ignition to roll down his window to talk to police. Following his arrest, Briggs was booked into the Pottawatomie County Public Safety Center and consented to a breathalyzer test. That test revealed a .08 alcohol concentration, which is the legal limit for being drunk.

Randy Flick also was arrested at the scene on complaints of disturbing the peace while being drunk and disorderly and on a complaint of possession of marijuana after police found a leafy substance in his shorts pocket.

Briggs appeared before a judge Thursday and was released from jail after posting a $3,500 bond. He was ordered to have no contact with the former girlfriend.

In that EPO application, the woman alleges that she and Briggs were in a dating relationship. She alleges he came into her home and pulled her out of the house by her hair, going through the screen door. During the alteration, she alleges that Briggs said he was taking her to the lake, but police intervened.

She also alleged in the EPO application that Briggs has a gun that he keeps in his truck. The EPO was temporarily granted and both parties are scheduled to appear in court for the EPO matter on July 5.

Oklahomans have come to know Briggs as part of an unrelated case involving his daughter, Kelsey Smith Briggs, the 2 1/2 year-old Meeker toddler who died Oct. 11, 2005, of suspected child abuse.

Court records reveal this unrelated arrest for Briggs is his second for domestic-related issues. In a 2001 Lincoln County case, he was charged with misdemeanor assault and battery, domestic abuse. He pleaded no contest in that case and received a deferred sentence.

Chief Crall said the police report and evidence surrounding Wednesday's incident in Shawnee will be forwarded to the district attorney's office for consideration of any formal charges.

SHAWNEE (AP) -- A one-year deferred sentence has been handed down to the father of child abuse victim Kelsey Smith-Briggs in an unrelated domestic incident with a former girlfriend.
Lance Briggs, 29, of Meeker, pleaded no contest Wednesday to a misdemeanor assault and battery charge filed in Pottawatomie County District Court following the incident.

Briggs reached a plea agreement with prosecutors after a May 28 incident at the home of Marie Larson, 25, of Shawnee.

Special District Judge Dawson Engle ordered Briggs to pay $250 in court costs and fines, and repay Larson $347 for windows Briggs was accused of breaking in her home. A court order states Briggs must attend an anger management course and not drink alcohol or use illegal drugs for one year.

Larson said Briggs should have received a heftier sentence, considering he was convicted in 2001 of assaulting his former wife, Raye Dawn Smith. In that case, Briggs was given a one-year deferred sentence and ordered to attend anger management classes and domestic abuse counseling.

"I think people feel sorry for him," Larson said. "That's why he got off so easy."

Assistant District Attorney Sunne Riedel Day said she felt the plea agreement was fair. If Briggs slides on the court's conditions, he can be locked up in county jail for as long as 90 days.

He also is ordered to stay away from Larson.

Briggs' attorney, Josh Welch, said there was no admission of guilt from Briggs, and that he expects the charge to be dismissed in one year.

Welch said Briggs accepted the plea agreement because he wants to put the incident behind him.

Larson claimed Briggs broke through her front door and attempted to pull her outside by her hair. A friend of Larson's also was cut. Larson had accused Briggs of pushing her friend into a pile of shattered glass from the windows.

Briggs is a witness in the murder case against Michael Lee Porter. Porter is accused of killing Briggs' stepdaughter, 2-year-old Kelsey Smith-Briggs, on Oct. 11, 2005.

Briggs filed a lawsuit in May against the state Department of Human Services, its director and social workers, blaming a systemwide failure for the 2-year-old's death. He also is suing two Shawnee physicians, claiming they failed to recognize and report Kelsey's abuse.
Posted by Advocate at 5:28 PM